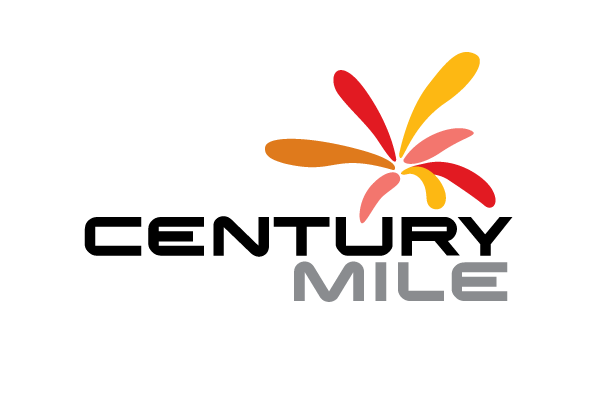 “You just don’t get it that good,” said trainer-driver Dave Kelly of his monumental weekend at Century Mile when he won five races on Friday night and four more on Saturday. Six of the nine wins came from horses from his own stable.

“I’ve had five wins twice before but I’ve never followed that up with four more wins the next day. It just doesn’t happen. Maybe you have one good day but never two in a row. Especially to have that many from my own barn win. I have nine owners now and it seemed like most of them were all back at the barn after the races. It made for a lot of fun.”

The nine wins on the weekend vaulted Kelly, 30, into the lead in the driver’s standings at Century Mile. Kelly now has 37 wins on the meet while Mike Hennessy is back in second with 33 trips to the winner’s circle. For a change, let’s take those nine wins and analyze all of them separately from Kelly’s perspective.

“The first win on Friday was a catch-drive with Ladies From Hell for trainer Paul Davies,” began Kelly. “It was pretty straight forward. First race of the day. The track was a little tiring and I left out of there hoping to get situated somewhere close to the lead,” said Kelly, who did just that landing in third position behind Paperback Thriller and Born A Dragon.

“They went a good quarter in 28 1/5 and I moved first up after about five-eighths of a mile and let her grind up to the leader, Paperback Thriller. The top two weakened but Ladies From Hell was still strong and held everybody off,” Kelly said of the length and a quarter victory.

Kelly then made it two in a row winning the second race with Whiskey Throttle, who he trains for Richard McPhee and himself. “Whiskey Throttle is finally coming around. He had troubles all year but I think I’ve finally got him on the straight and narrow,” he said of the four-year-old who won his third straight start after having drawn outside posts in his previous three races - all against tougher company - before the winning streak began when he was dropped into $7,500 claimer company.

“The class relief has definitely helped him. He’s gotten braver and has more confidence in himself. Whiskey Throttle is better on the front end but he’s had troubles getting to the front,” said Kelly, who did go wire-to-wire in this one.

The next win came in race No. 5, a $7,500 claimer with Bad Blood, a horse he owns with Mike Dicks. “Bad Blood is a funny little horse. He has zero gate speed whatsoever. He almost drives himself. He rates his own race and doesn’t give you a lot until you turn for home.” As is his wont, Bad Blood got away sixth and stayed there half way up the backstretch until he got cover behind Outlawstandndelivr, driven by Mike Hennessy.

"If I can get him into the race where he is three or four lengths off the the lead he can win. He always fires his last quarter but it’s a matter of him getting ambitious and close enough for that last kick to work and get the win.”

Moving three wide at the three-quarter pole when he was still fifth but within the range Kelly wanted - three and a half lengths off the lead - Kelly then fanned out four wide down the lane and exploded down the lane with a last quarter in :27 3/5 to win going away.  It was Bad Blood’s ninth win on the season.

Now it was race No. 6, a maiden race where he had another horse co-owned by Dicks - West Central Beach - a horse who had been winless in 19 previous outings. “He’s been another funny horse to figure out since we got him in Ohio. He was a $55,000 yearling purchase but Mike and I got him for $9,000 - a nice discount on his yearling price. He was well bred and we thought we’d take a chance on him.”

On Friday he showed his stuff going gate to wire. “He’s been getting better and better each week. He can be a bit of a hot horse - tough to settle down but he was good on Friday. If you start him up too much he wears himself out. If you don’t have to get after him too much early you can rate him and that just leaves more in the tank which was just what happened. He’s still pretty green.”

Kelly’s fifth and final win on Friday came in the seventh with Navajo Jack, a catch-drive for trainer Shelly Arsenault. “He had won the week before. We drew post eight but there were a couple of scratches so he started from post six which helped a bit. There were a couple of horses in there that weren’t leaving so I floated out of there and dropped into fourth. Down the back side I came first over and got cover from (James) Jungquist’s horse (Captain Terminator). I followed him to three-quarters of the way around the last turn, pulled the ear plugs on him and he kicked home. He raced really well,” said Kelly after winning a three-horse win photo.

Driving in all nine races, Kelly had two more chances to make it a six-win evening. He got to the lead with both Yourlipstogodsears for trainer Chris Lancaster in the eighth and with HF Thegreatpumpkin out of his own barn in the ninth. “I really thought I had a good chance for the sixth with HF Thegreatpumpkin but he got roughed up early and couldn’t hang on.”

Still it was a fantastic night and that would carry over to Saturday’s card where he began that card taking the second race -  part of The Century Milers Pacing Series - with HF Jesse James in another wire-to-wire bid. “I think he’s going to turn out to be a really nice horse,” Kelly said of the three-year-old owned by the Pick 6 Stable of Rocky View County. He was parked the the whole mile in the Super Finals in his previous start; he finished eighth but still paced his last quarter in 28 seconds flat. And he paced a mile in 1:52 4/5 in the Maverick Series Final."

“He doesn’t go any faster than he wants to go. He only won by three-quarters of a length over (Flying Officer) but I think if another horse got to his bridle he would have still gone on. He’s the kind of horse that’s just learning to be a better horse."

“The fractions were a little faster than I wanted but he made sure he was first to the wire and that’s all that matters.” Wind Writer stopped the clock in a nice 1:56 3/5 which bettered his previous best by almost a full second.

“He’s now had six starts for us and has three wins, a second and a fourth and a fifth. He’s got some issues with his feet but this mile track and the surface at Century Mile has been fantastic for him. I thought he was probably the best in there if he minded his manners. We were parked to the first quarter but he brushed to the front and took over. He’s gotten better with each start.”

If there were any surprises on Kelly’s nine-win weekend it probably came in Saturday’s seventh race with Freedoms Rescue. “It was Freedoms Rescue’s first start off a claim - I claimed him for $4,000 off of Keith Clark and wasn’t really sure how he would go especially since he hadn’t raced in almost a month.

“He was a little sick when I claimed him so I gave him a couple weeks off. Then they had to cancel last Saturday’s card because of track conditions. He had drawn the eight hole but there were a couple of scratches in that race too so we got to start from post six which made it a little easier to navigate. I left and got in the two hole behind Ryan Grundy’s horse (Hay Hay Alright) which was the ideal spot because I figured that was the horse to beat. It was a nice trip and I didn’t have to use him that much; he wasn’t out for very long which worked to his advantage not having raced in about a month."

“I got to stay in the two-hole until the head of the lane. He hadn’t been finishing up strong and that’s all I was really hoping for. When I moved him over he brushed by (Hay Hay Alright); there was nobody else around and he came home in :28 1/5 - and seemed to have lots left - while getting the mile in 1:56 1/5. I couldn’t be happier with the claim off that performance.”

Kelly’s ninth win of the weekend came in Saturday's curtain closer with Big Shir for Lancaster’s strong barn. “There were a couple of horses inside that didn’t show leaving at all so I left out of post seven. I was hoping to either make the front or that a spot would open up for me. As it turned out I did make the front and the fractions were pretty easy (:29 45 and :58 1/5). Northfield Nellie came first up. I figured she was the one to beat so I let her go before the half and stayed right on her back. Mike Hennessy came up alongside but then his horse, She's On A Roll, tired and drifted so I got out between the two. She won in a photo but she won and that’s all that matters.”

Winning, of course, whether it was in a photo or by open lengths was what Kelly did all weekend. “It’s not often when a weekend like that comes along. Maybe you get two or three wins on a weekend as well as a couple of seconds and thirds and that’s a good weekend. This? This was very special,” said Kelly, originally from Nova Scotia, who comes from a strong harness background that includes his brother Colin, who is currently fifth in Canada in driving wins.

“My goal this year was to get to 100 wins. I’m now seven away,” said Kelly, who first came to Alberta as a pipe fitter in the summer of 2009 while he was still going to school in Nova Scotia. Kelly moved to Alberta permanently in 2014. But after 15 months with an oil and gas company in Redwater he got laid off. “That’s when I went back to my roots and got back into harness racing full time. I started out with only two horses. Even up to two years ago I only had five or six horses. Even last year I only had 12. Now I’ve got 22 horses including six yearlings and five two-year-olds that are turned out."

“It just really snowballed,” which given his successes isn’t surprising. I’ve got a lot of new owners - a great group of owners - and that has turned into new horses. They’re all for reinvesting and getting better horses. It’s great to have that support and know that they trust me to do the right things for their horses. It’s sure made my job a lot easier.”